Combined heat and power systems (CHPs) are industrial prime duty generators where as much of the (normally wasted) heat is recovered and supplied in the form of hot water in the same way a boiler supplies hot water. 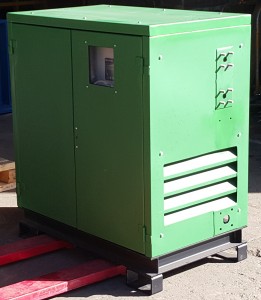 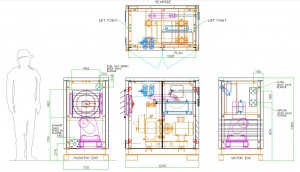 The obvious advantage of a CHP is that you put at least 85% of the calorific value of your fuel to good use compared with just 30% when using a standard generator. If you were already planning on buying a generator, it makes sense to consider a CHP as it will give you the same (electricity) but you get your heating for free. It becomes a boiler, using the heat from the generator engine.

The term CHP is well-established in large commercial systems, so when we talk about domestic scale CHPs, they are generally referred to as micro CHPs.

Here’s what the Energy Saving Trust think about micro CHPs. Here’s a report by EA Technology Ltd. If there’s anything else you’d like to know about micro CHP, have a look here.

Being off-grid doesn’t mean your energy costs are higher

If your daily domestic consumption of electricity is 12kWhrs (at £0.14 per kWhr from the grid), your annual electricity bill will be £613. This doesn’t include standing charges and graduated tariffs where the first ~500 units are charged at ~£0.22.

When the UFL GenStation micro CHP generates the equivalent electricity, it also provides 9855kWhrs of heat in the form of 80 degree hot water. The cost of this heat, if supplied by the gas grid using a 70% efficient boiler and a gas price of 4p/kWhr, would mean an annual cost of £563 per year.

Generating 12kWhrs of electricity using the UFL GenStation will require the machine to run for 3 hours per day. This means an annual running time of 1095 hours. With an electrical efficiency of 26%, the GenStation will consume 1.54 litres of diesel per hour. This is 1,686 litres per annum. At today’s price of red diesel (£0.5248), the annual cost would be £885.

Therefore, Electricity and Heating from the UFL GenStation will cost almost £300 less than getting it from the grid.

The GenStation micro CHP is very simple to install. The plumbing side of the system is exactly the same as a domestic boiler. Just one flow pipe (1″ BSP) and one return pipe (1″ BSP). These connect into your central heating system just the way they would with a boiler.

The CHP comes complete with a central heating pump built-in. The CHP controller will switch the pump on when heat is available and switch it off when it isn’t.

The GenStation micro CHP also comes complete with a built-in dump radiator. If you need electricity but do not need heat, the CHP will automatically dump any unwanted heat to the radiator.

The electrical connection is as easy as we could get it. The CHP will need to be locally earthed. The live and neutral terminals will be connected to your inverter/charger or consumer unit using appropriately sized cables.

The GenStation micro CHP has one control lead (two wires) that are used to turn the CHP on and off. This can be under the control of any of the following:-